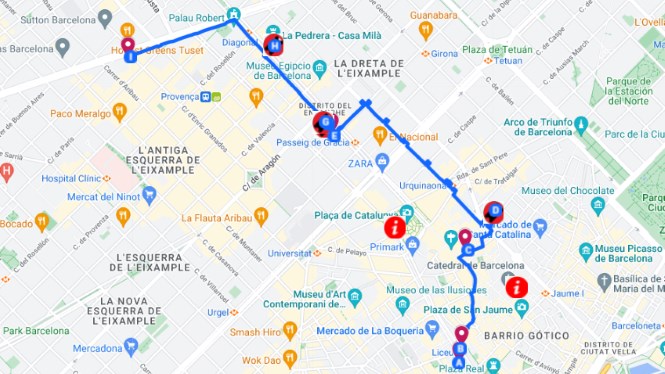 Behind the hundred-year-old modernist facades of the Eixample we find the names of the families of the Barcelona bourgeoisie as well as the most outstanding architects. A good example are the three houses on the so-called "Mansana de la Discòrdia" (block of contention) on the Passeig de Gràcia, between Consell de Cent and Aragó streets. Here, three of the great Modernisme architects, Lluís Domènech i Montaner, Josep Puig i Cadafalch and Antoni Gaudí, built a house for families Lleó Morera, Amatller and Batlló respectively.

It is the Eixample district, and more specifically the area known as the "Quadrat d'Or" (Golden Square), which contains the greatest number of modernista buildings, although this architectural style can be found in many other places around the city. 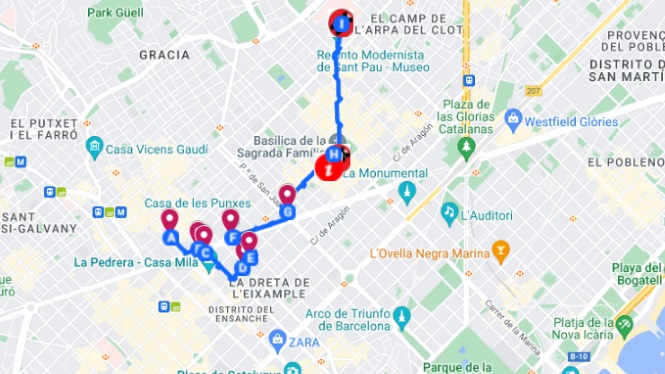 In the old town, Ciutat Vella, there is the incomparable Palau de la Música, and in the Parc de la Ciutadella, the building which is home to the Museu de Ciències Naturals i Zoologia. The Hospital de la Santa Creu i Sant Pau is one of the nine modernista masterpieces in Barcelona which have been declared World Heritage Sites by UNESCO. Barcelona is certainly the European city where art-nouveau architecture has the greatest presence in the physiognomy and personality of the city.