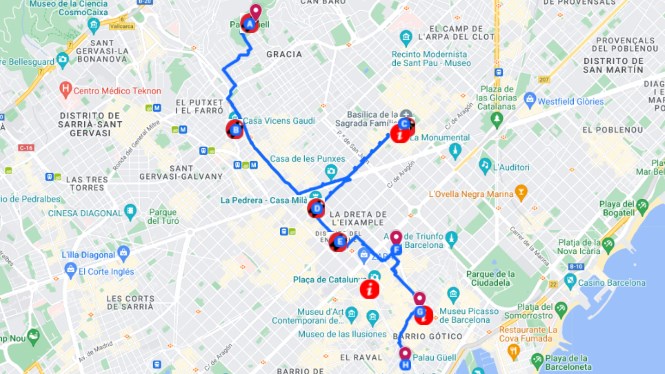 The centre of the Eixample district, on the Passeig de Gràcia, features some of Antoni Gaudí's most striking and best-known buildings. On the corner of Carrer Provença, stands the Casa Milà, popularly known as La Pedrera, the Catalan for stone quarry, with its undulating forms reminiscent of the waves of the ocean. Further down the street is the Casa Batlló, a metaphor for the legend of Saint George and the dragon. From here you can follow Gaudí's footsteps to his key work, the Sagrada Família, an unfinished architectural compendium which has become the symbol of Barcelona.

But Gaudí's works don't end here. Park Güell is essential in order to understand the Gaudiesque interplay between nature and architecture. The gatehouses to the Güell Estate, near the Palau de Pedralbes, the crypt of the church in the Colònia Güell and the Palau Güell, on Carrer Nou de la Rambla, also bear the name of his main patron, Eusebi Güell.

The Casa Calvet, the magnificent Casa Vicens, and the Torre Bellesguard, are other examples of his work we can admire in Barcelona, as well as the less well-known convent school, the Col·legi de les Teresianes, a splendid building in the neighbourhood of Sarrià. Barcelona is Gaudí's city, the place where this world-renowned genius left his unique imprint. 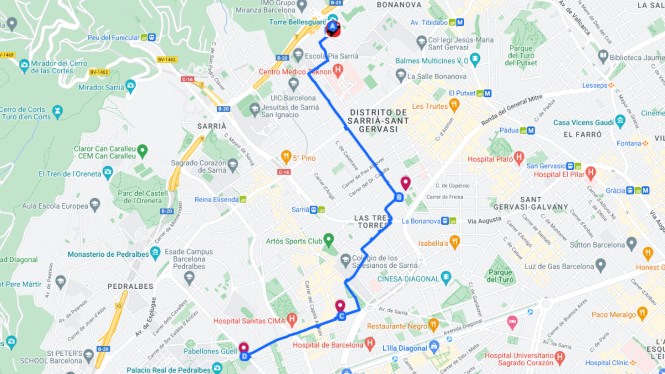